How we got into Bad Taste Bears 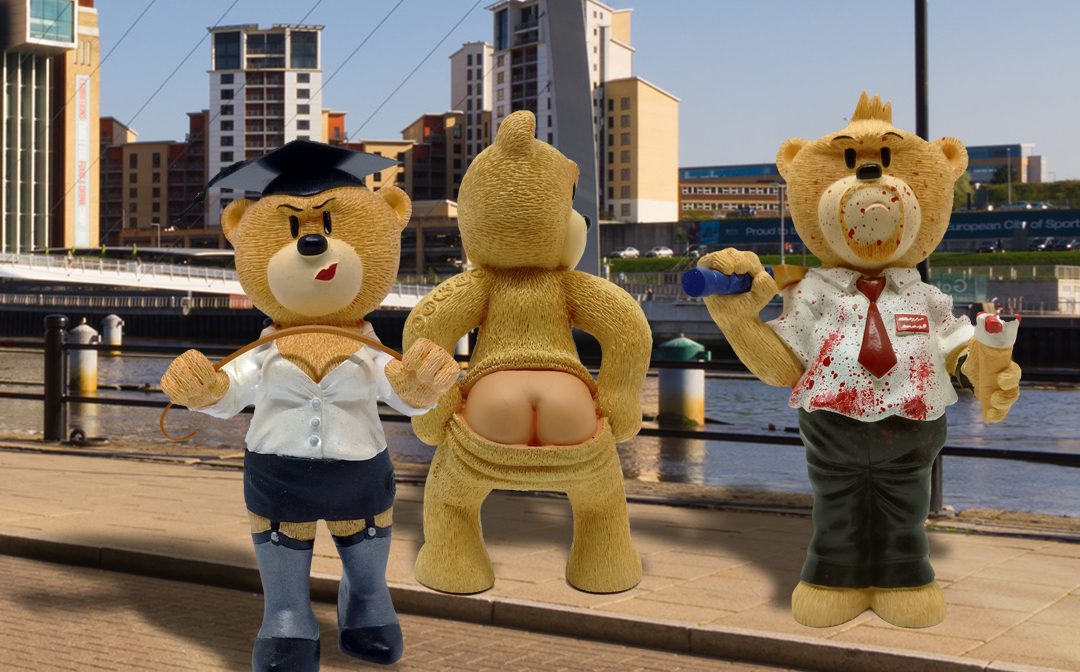 Our three directors, Bill, Alan Nic all live in the North East of England, where Bad Taste Bears were ‘born’ (see About Us for details).

Bill had collected Bad Taste Bears, picking them up from various markets over the years, but wasn’t what you’d call “a collector”, he just liked certain ones (mainly the naughty lady ones).

In the meantime, both Alan and Nic have become fans of Bad Taste Bears. Alan particularly likes movie-themed bears (and has even taken to collecting bears that aren’t in the collection we own). And Nic likes the ones that are showing their arses and sticking their fingers up!

As is the nature of collecting, each item comes in varying conditions, so we look at each bear individually, clean them up if needed, take photographs, and then they become available on Old B****rd Bears.

It will take us a while to get through all the bears we have, so if there’s anything you’re looking for – get in touch and we’ll see if we have it.